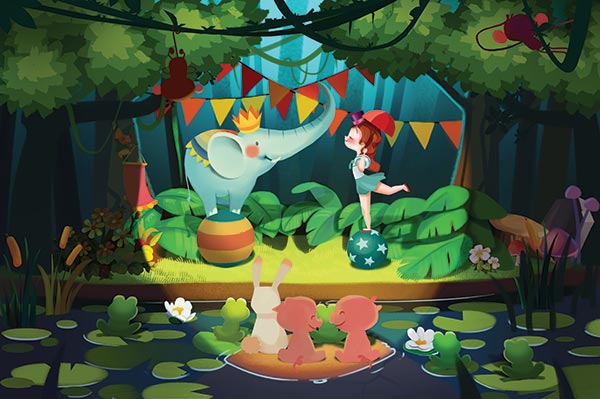 Everybody’s very favorite little elephant comes to life when José Luis Gomez conducts The Story of Babar the Elephant. In Francis Poulenc’s playful music, various instruments are used to illustrate Babar and the other characters in the story, much like Prokofiev’s Peter and the Wolf. Babar first appeared in French author Jean de Brunhoff’s children’s book Histoire de Babar in 1931. Francis Poulenc composed The Story of Babar the Elephant after his three-year- old cousin showed him the book and said, “Play this!” Poulenc improvised a piano accompaniment to each scene in the book, the music became popular within his neighborhood, and he eventually scored it for orchestra so that we all could enjoy it!